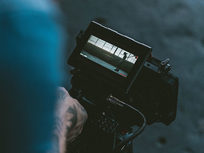 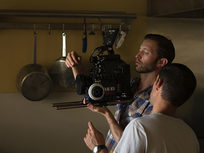 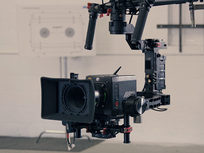 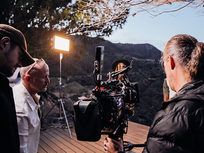 So You've Always Wanted To Become A Commercial Film Director?

Get an Inside Look at the Directing Experience

Directing a film is a lot like sailing a ship: there's a myriad of moving parts, and, without the right guidance, it's bound to be wreck. Led by an industry expert with more than 25 years of experience, this course offers an inside look at what goes into a real production. You'll start by covering the basics visually in the classroom then follow along the process of shooting a scene, sitting through a table read, and more across 25 lessons.

Mark Kohl is a successful, innovative, cutting-edge director and cinematographer in the world of television and feature films. He has shot features for Francis Ford Coppola’s American Zoetrope production company and served as the Director of Photography on Aaron Spelling’s “Safe Harbor”. In addition Mark has directed and shot over 130 episodes of “America’s Most Wanted”, lensed over 15 films such as “Lonely Hearts” with John Travolta and James Gandolfini and HBO’s “Recount” with Kevin Spacey and Dennis Leary. In between, Mark Kohl has managed to deliver more than 2000 commercials to hundreds of agencies and clients such as McDonald’s, Honda, Ford, AT&T, Pizza Hut, Carnival Cruise Lines and Dick’s Sporting Good’s.

Find Talent for Any Production with Help From This Industry Pro

The casting director's job doesn't stop at just finding talent. These professionals play a vital role in overseeing contracts and negotiations and staying in the loop with the director, actors, and their agents. Led by an actor-turned-casting-director, this course offers a unique look at what it takes to succeed in the position and turn every production into a wellspring for talent and creativity.

Casting director Brandon Henry Rodriguez began his journey as an actor on the east coast. Shortly after booking the lead role in the CBS Movie of the Week, “Vampire Bats,” he landed a recurring spot on the NBC series, “Surface.” Brandon’s success on the east coast prompted his pilgrimage to Los Angeles, where he continued to book spots on television, features, and national commercials.

In 2015, he earned his first casting director credit for the independent feature “Day Six.” He quickly established himself in the independent features world, and has continued to accumulate credits on fully-financed independent movies. His casting director credits include “Dog Years,” written and directed by Adam Rifkin, “Desolate,” produced by Jordan Foley, and “Virtual High” (Disney), among others. He is currently casting the feature “The Other Place,” directed by Eric Bress, while concurrently working as an associate on “The 100” (CW) at Aufiero/Horn Casting.

See This Expert's Approach to Bringing Films to Life

Not even the most talented actors can make a film succeed without a solid cinematographer on deck. This expert-led training guides you through what it takes to tell a story from start to finish and capture its emotion visually through the camera. Following along a director of photography with more than 15 years of experience, you'll dive into the technical and professional aspects of the position itself and learn how to start capturing stellar content.

Matt Wightman is a Florida-based director of photography with more than 15 years experience working on commercials, feature films, and television programs. He graduated from Full Sail University in 2001 with a degree in Motion Picture and Television Production. Matt spent almost 7 years at Home Shopping Network working his way up the ranks to Director of Photography. He worked with celebrities such as Serena Williams, Bob Villa, Fran Dresher, Tori Spelling and more. In 2009 Matt began his freelance career where he continued to work on commercials as well as sports and entertainment programming. He has lensed shows for Discovery I.D, Fox Sports, TvONE, Fox Business Network as well as Commercials for clients such as Humira, Gatorade, and Samsung. Matt Lives in west central Florida with his wife Giselle and their two dogs Booger and Olive.

Come to Grips with the Essentials for Working on a Set

No need to sweat your first day on set. In this course, you'll explore the basic concepts, equipment, and conduct associated with working in a production's grip, lighting or electric departments. In addition to the essentials, this course includes detailed discussions of set protocol and etiquette, equipment demonstrations and other helpful information to ensure you start your first day confidently.

Bobby Marinelli is a Floridian born filmmaker. In 2006, he graduated from the University of Florida with a Bachelor’s in Telecommunication Production. Soon after he began working in television, with production credits on Discovery Channel’s Miami Ink and Dual Survival and TLC’s What Not to Wear. In 2010, he received a Master of Fine Arts in Film Production from Florida State University’s College of Motion Picture Arts. His thesis film “Waking Eloise” won, among other honors, a College Television Award for comedy short, the Grand Jury Prize for a short at Dances With Films and inclusion in the 2011 American Pavilion’s Emerging Filmmakers Showcase at the Cannes Film Festival. Bobby’s feature film work includes Production Designing 2012’s Roswell FM, 2014’s Altitude, 2015’s The Accident and Art Directing the 2013 Sundance Film Festival Selection, The Rambler.